The Game of Hope

“Detleff Hoffman has shown that their prototype can be clearly traced back to a lovely little pack of fancy cards called “Das Spiel der Hoffnung” (The Game of Hope), published around 1800 by G.P.J. Bieling in Nuremberg.”
– A Wicked Pack of Cards: The Origins of the Occult Tarot (1996),
Ronald Decker, Thierry Deplaulis & Michael Dummett 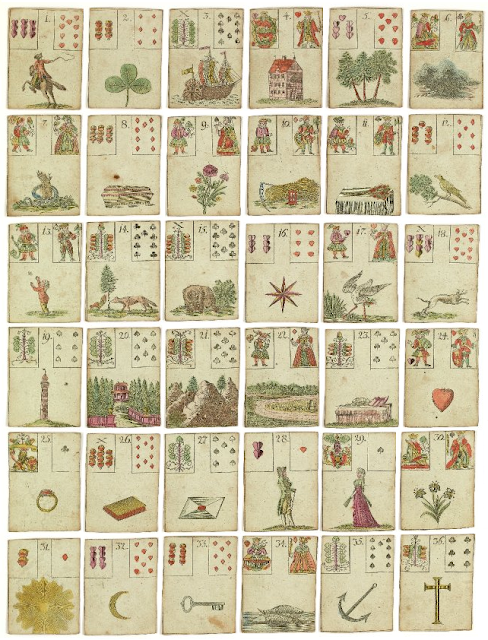 Here is a link to the game rules.

Now, there's thios... er... person, who is totally giddy about that this is not a game board but a deck of cards, and she thinks that means "something"...
My Dear Little Friend... what is a deck of playing cards? Do you noticed the tarot cards on one corner and ordinary playing cards in the other? This is a 18th century "3-in-1 travel game". The use as an oracle was given as a joke-y suggestion in the original Little White Book. It is the people using Lenormand decks and creating, recreating and renewing them that made Lenormand into what it is. It is YOU who give it its magic by your belief. 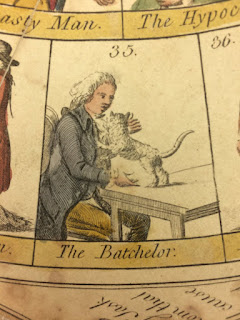 A cute bachelor with hsi cat from "The New Game of Human Life" :-D

Here's some more pictures from early board games 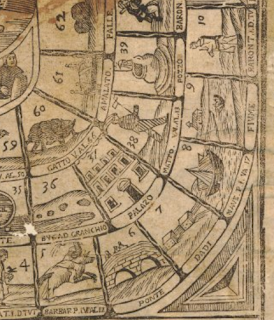 The Baron's New and Fun Game