You put pearl oysters to boil and whisper names of the suspects over the pot. The oysters will open when you whisper the name of the guilty one. If there's a pearl in the shell, the guilt is obvious.

You could adapt this method. Take as many mussels, cockles, clams as there are alternative answers to your question. Mark them properly and start cooking them. The one that opens first is the answer to your question. Remember to put in one unmarked for "no answer" "none of the other alternatives is correct" or "no". 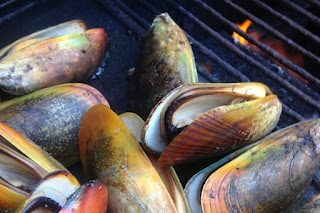 In the medieval times, it was believed that bad digestion and crumbling stomach was a sign of that you were guilty of something. They had a divination method of feeding special bread to suspects and the one who got indigestion was the guilty one. Now, it was easy to tamper with, just give tainted bread to the one you want to be guilty. You could even poison the person, and everyone would assume it was God's Hand dealing with the criminal.

Yeah. People were looking at a person's poo and determining the future by that. Now, there are things one can determine by looking at a person's poo; about their health and diet, and that, of course, influences how your day is going to be. If you have been eating badly; not enough fibers and so, your day is probably going to be harder than if you are eating well and healthy. Likewise any health problems are bound to make your days harder.
But, scatomancy is a thing, and there are still today people who do that.

On the other hand, there are people who read your ass, too. 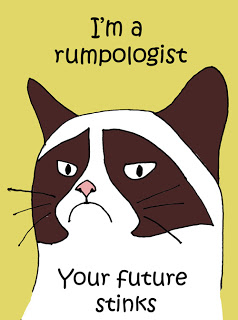 
"Myomancy, for those of you who don't know, is the art of telling the future by observing the behavior of rodents. This is not entirely silly, since field mice do behave differently in anticipation of abundant or lean harvests, and voles of all sorts have a confirmed skill for the early sensing of earthquakes. There are many classical Greek and Roman allusions to myomancy. At least one ancient general declined to do battle on a day when he found that his shoelaces had been nibbled by mice."
- J. Michael Steele 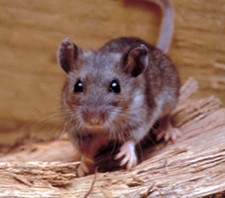 The romans had "sacred chicken", used in augury.


"As consul in 249 Publius Claudius Pulcher was given command of the Roman fleet during the First Punic War. He lost the Battle of Drepana against the Carthaginians after ignoring a bad omen.  When the sacred chickens refused to eat, Claudius drowned them into the sea, saying: "Since they do not wish to eat, let them drink!"

Here's a bit information about Alectromancy

You can observe the behavior of ANY animal and predict future by that... Here's Paul the Octopus, who predicted football results :-D 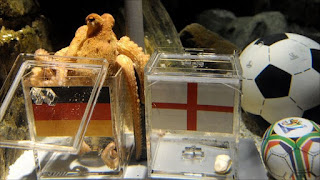