15 Types Of Divination To Consider Adding To Your Practice

15 Types Of Divination To Consider Adding To Your Practice 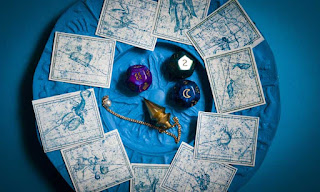 I don't much care whether people think divination is "just" fortune-telling.
To me it's "knowing the unknowable". Digging into the subconscious, and perhaps there is something that influences the tools and make certain cards come up, or certain signs to show up.
I don't know how it works, and I don't care.
I'm ok with the supernatural explanation as well as the scientific explanation. (Yes, there is one. We are thinking about certain things, so obviously we are interpreting the rather general symbols to mean specific things. And all the human beings are basically the same. We have the same worries and fears, the same emotions, the same motivations and all that. So, if you "believe" divination works, you will fit the "message" to your situation. If you don't "believe", you will find how it's different from your reality.)

This article talks shortly about 15 common methods of divination. We all have probably tried these:

Astrology
I think it's a bit too wide a subject to add to one's practice. Of course, when I know the subject well, I will be able to use it better. I can see with one glance how the daily star chart relates to my personal chart, I know the planetary influence, I know which planets works against mine and which work for; where in the areas of life these influences work and so on and so forth. But you can always get deeper and deeper, and to do it "properly", it takes time and commitment, and then you don't have time for anything else. This is why I don't speak about astrology in this blog. I get sucked in and I can spend hours and hours researching and checking and calculating and refining and defining and... one can go really deep into this, and before you know, you have been sucked in and start discussing Arabic parts and fixed stars and whatnot. It is very fascinating, and every now and then I miss it, but - there was a time when all I did was astrology, and had no time left for all the hundreds of other methods :-D
I don't like that.

Automatic Writing
Might be an interesting addition to my divination practice...
I think clairvoyance, clairaudience and other clairsenses are kind of aching to this. Though... I don't think everyone can - or that it comes easier, much easier for others, and that's why it might not be a viable option for everyone. If you have to struggle and practice a lot, it might not be that valuable addition.

Cartomancy
My divination practice is like 80% cartomancy as it is :-D
Just remember that there is A LOT more cards to play with than Tarot and Oracle Cards. There's LeNormand, Deste and Kipper, there's other older decks than modern oracles, there's the "gypsy witch fortune telling deck" and other such... a lot. Non-tarot nor oracle divination decks. Find out, and you might also like them. Those really add a lot to a divination practice.

Pendulum - not dowsing. Dowsing is used to find water or other materials, not for divination. The correct term is pendulum or pallomancy (divining by swaying)

Graphology
No. Graphology is divining a person's character by his or her handwriting, and it is not suitable for divining.

Numerology
Could be. Though it's rather... specific. Limited.

Oneiromancy
Of course one should be noticing one's dreams. Though using them for divination is not a simple thing.

Precognition
Most people have nothing of the kind, and it's probably not easy if even possible to "add to your practice"

Psychometry
Doesn't say anything about the future or current events. It talks about past and the people who have been in contact with the thing one reads.

Scrying
I find it easy, so sure, but it's not easy for everyone... and demands a bit more. Also, not easy to interpret.

Reading tea leaves or coffee
Yes, would be interesting if one took a habit of reading one's breakfast cup every morning. :-) 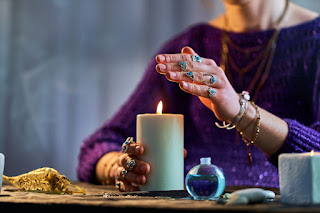 So, instead of astrology, clairaudience and clairvoyance, precognition, psychometry, palmistry, numerology, and graphology, I suggest
- Bibliomancy
- Geomancy
- I Ching
- dice casting or Cleromancy
- lithomancy

I am enamored by Carrie Paris' Magpie Oracle :-)