Whenever New Year is celebrated, it is traditionally powerful for divination, especially at midnight on New Year's Eve as the dimensions part.

This can be used for seeing whether New Year Resolutions bear fruit or for predicting whether hopes for the coming year will be realised. 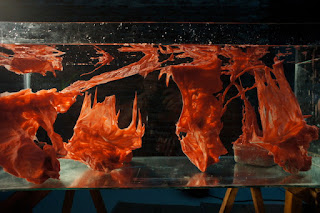 As you let the wax fall, think of any New Year Resolution you have made and ask what the New Year will bring. The wax, tin or egg white will form a shape or perhaps two or three and answer your question.

For example, a boat or plane might suggest that you would have to travel far to achieve your ambition, a baby that there may be an unexpected arrival in the family that may change your plans. Trust the first image or words that may come into your mind.
The meanings given in different books and sites are just one way the images have been interpreted. Follow your own intuitions 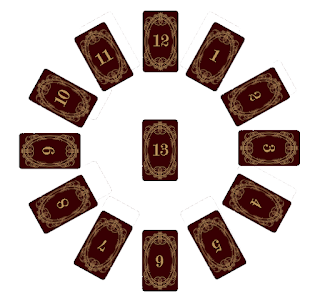 You place the cards one for each mark on the clock in a circle, and the last in the middle. You read them, one o'clock for January and so on, and the one in the middle for the whole year.
at March 06, 2014